Get the most bang for your buck by choosing networks where the user base matches your ideal customer.

Here are the most popular social media channels, their main demographic, and the most effective types of content for each.

The U.S. currently accounts for the largest number of Facebook users (approximately 2 billion), with India and Brazil closely trailing behind. Facebook also has a solid mobile presence in local markets with Facebook and Facebook Messenger being one of the most popular mobile apps in the U.S. over the last few years.

Instagram is owned by Facebook and has approximately 800 million users. It’s a visual social media platform that’s built completely on pictures and video content. And, 25% of all Instagram ads are single videos which receive higher engagement rates; however, they are more expensive than Instagram photo ads.

Approximately 24% of all online adults use Twitter. In addition, 29% of Twitter users are highly educated and hold a college degree.

Pinterest is a visually interactive platform that allows its users to save, organize, and display content by “pinning ” it to digital bulletin boards. Pins can be images, pictures and/or videos. Active Pinterest users topped 200 million in 2017, which is up from 150 million at the end of 2016. Approximately 31% of Americans use Pinterest the majority (81%) of which are women.

Tumbler is a multimedia microblogging platform launched in 2007 by Yahoo and currently has approximately 794 million active monthly users. This site is a content blogging site where the type of content you post is practically unlimited.

Snapchat is a mobile-only social media site that is visually based and widely known for its disappearing content. You can send pictures and video content to others and it’s only visible for up to 10 seconds at a time. Or, you can post your content to Stories which disappears from the site after 24 hours. Approximately 158 million people use Snapchat every day and open it about 18 times per day.

YouTube, founded in 2005, is a video-sharing platform that’s owned by Google and is the second largest search engine. It’s the biggest online video-sharing site in the world featuring a variety of user-generated and corporate media content on just about any topic imaginable. YouTube currently has approximately 185 million users in the U.S. alone and 1.5 billion users worldwide.

If you want to use social media to your advantage, spend a little time studying the demographics of each platform, including their wants and needs, likes and dislikes, hobbies, and especially how and where they spend their time. Next, designate some of your team members to create demographic specific content designed for each specific social media platform. Then have those team members actively engage with your followers on each of the social media platforms you’re active on. This is also a great way to keep on top of and manage your brand’s online reputation so you can take control and manage any situation (good, bad, true, false) that might arise. 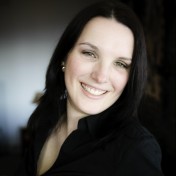 Owner of Sweet Home Marketing. Lindsey writes about how to manage your business more efficiently, effectively, and economically.

Next Post: 3 Important Questions to Ask Yourself Before Launching a New Product or Service »

Be more efficient and effective with your marketing.
Receive our guide, How to Get More Online Reviews for Your Business.